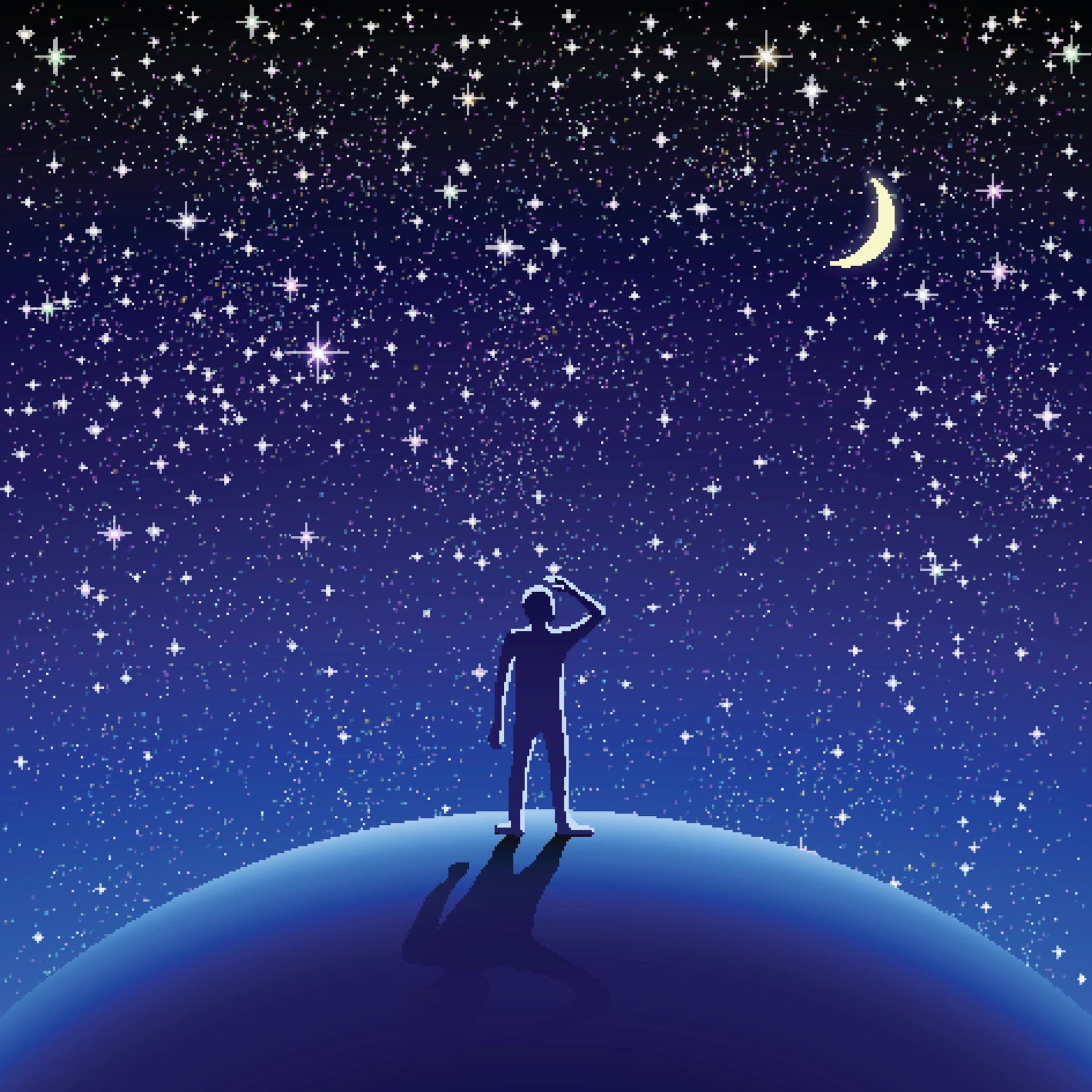 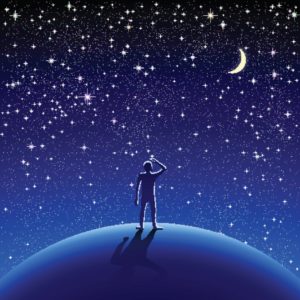 As a kid, I didn’t think cards were all that special. They were the kind of thing my mom forced me to read before I opened my gifts. If there wasn’t money inside, I wasn’t interested; those were the worst cards of them all.

My mom wrote the longest cards, her additional message inside each greeting, whether for a birthday, Christmas, or some milestone, covered the entire interior; sometimes she would even need to attach extra paper.

For someone that didn’t much care for cards growing up, I had a whole bunch of memories surrounding them.

My godmother was the quickest to send a card, and she was really on point with them too, her stamp matched the occasion, her ink matched the color of the envelope, and so on. I spoke fondly about her attention to these details at her passing. One of the things I remember most about my godmother was her greeting cards.

As I started to grow, I realized I wanted to be a writer. I wrote all sorts of notes, and poems, and stories, and my own messages inside greeting cards turned out just like my mother’s.

Now, I have my own life and my own family. I write cards to my fiancé on Valentine’s Day, Christmas, her birthday, sometimes just because. I went digging through the closet one day to find out she saves them all, tucked away in a shoebox.

The two of us send cards at Christmas – mostly to family members and a few friends. We even purchased a fancy embosser that impresses the envelopes with our names. Most of the time we include pictures of us and our pets with the cards or incorporate them right into the design. 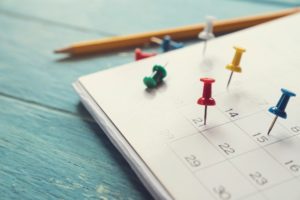 Working for a greeting card company, you’ll likely think I’m biased, but I took this assignment very seriously. Over a month, I sent 31 thank you cards to a different person each day. I included my email, in case people wanted to contact me that way, to say thanks for the card or whatever, but no one did. No one contacted me by email, but this is not to say that no one contacted me. I heard about the effect of the cards through word of mouth, social media, phone calls, texts, and in person. I was hoping someone would send a card back – I haven’t received one yet, but it’s never too late.

My first worry, when it came to this assignment, was that I found out people had done this on larger scales. I knew this guy on YouTube who had done it and another man had written an entire book about sending thank you cards, and he did it each day for a year! Yet, I found it to be kind of a pay it forward program, adopted by many. There wasn’t any reason not to send these cards or talk about it, because each of these small and seemingly insignificant gestures was making a difference.

I was real with it. When you send cards without putting any thought into them, they lose the strength of what they’re designed to do. Whether on behalf of your business or to reach out to all the personal relationships in your life, it’s the genuineness of your message that gives them power. 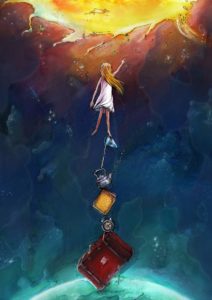 Now we’re in the month of November, and with Thanksgiving right around the corner, I wanted to give my first report on this ongoing gratitude project. I made it through 29 thank you cards, and I’m almost positive it won’t stop there. The project reminded me of a time when I used to be more recklessly sentimental, more uninhibited with my words, and more open with those around me. This can have its advantages and disadvantages, I’ve learned. As I grew, guards went up, and perhaps just one too many. The cards were bringing me back to a level of humanity I hadn’t experienced in a while.

In the beginning, I didn’t know if I could think of 31 people to thank, but the more cards I wrote the floodgates kind of opened up and things got easier.

The other challenge I faced, and this was a big one, was finding addresses. No one knows them anymore. Good friends of mine, I know how to track them down by phone, social media, email, but I couldn’t tell you what their addresses were. And I couldn’t ask them. The great thing about a card, especially a thank you card, is its slight element of surprise. I felt like it defeated the purpose if they knew what I was doing before the card arrived.

An additional challenge I faced was that this was a highly personal assignment. Some of these people I was sending thank you cards to were anything but gushy. My brother was one, and our relationship had become strained over the years. Thanking people for all sorts of different reasons may have made them uncomfortable, or opened up strange memories; it may have made me a little uncomfortable too. 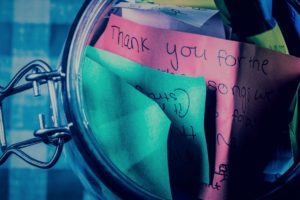 No matter, I began, I started sending cards to everyone that I could. An old professor, friends of mine, family members, business associates, in-laws, people who had helped me along the way, people that had actually changed my life, my fiancé, and the little sister I never had.

Then, when I ran out of addresses, I started writing thank you cards to people who were no longer alive and leaving them in locations that meant something to the two of us. The beach. A golf course. An apartment complex that I no longer lived in. I left one on a ridge after a long hike as the sun began to set, and one outside the SPCA.

There were two cards that I wrote but never got to send – they are 30 and 31 – sitting on my desk at home. And even as I type this, both are kind of haunting me; these are important cards with extremely important thank yous to be said. There are no addresses attached, but not without a lack of trying. I have to say it was cathartic to write them, much the same as my messages to the loved, gone, but not forgotten were. But these two people were not gone, one I knew for sure was living in his hometown in Western New York, and the other I assumed/hoped was alive and well and living somewhere in Florida. These two people had made vast differences in my life, in many ways they had actually saved it, to the point where I owed a part of my incredible experiences to each of them. Waiting somewhere were the addresses for these two men. 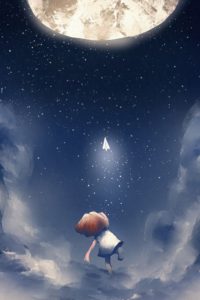 If I weren’t careful, soon enough these cards would be transferred from my desk to a drawer and then forgotten about entirely. We often lose momentum for unquantifiable acts; if the act cannot be measured in highly specified gains, we eventually dismiss it, especially if it’s difficult. We find reasons not to go through with it, chalking it up to the cards we never send, the things we never say, and the lost potential for one small act to have a greater impact than we could have predicted.