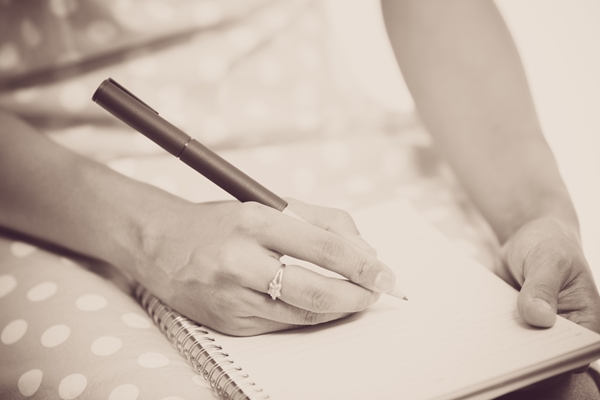 Everyone has been hounded at one point or another about writing and sending thank-you notes after an event. The question now is: How long is too long to wait?

In this digital age of automated replies, most people know when a gift has been received, when someone has come to an event or when a person has gotten home after a long trip, but having the answers to those burning questions does not mean that writing notes is a wash. No matter what, everyone likes being thanked.

The Importance of the Thank-You Card
Given the mass prevalence of social media, many people have given up the notion that thank-you notes are at all necessary. While they are no longer mandatory, they still matter.

Sending gifts is a way of conveying how much a person matters, and putting pen to paper to reply with your gratitude is just the same. It shows you care what was sent. It also shows a person that they matter to you enough that you are willing to brave showing them how bad your handwriting is.

When do you send them?
Emily Post, the etiquette expert from the first half of the 20th century and author of "Emily Post's Etiquette," the go-to authority on matters of civility, has decided opinions about when thank-you notes should be sent out. According to the Emily Post Foundation, anytime a person attends an event or sends a gift to an event, they should be thanked.

Etiquette rules have become murkier since Post reigned over Fifth Avenue in the 1930s, and the debate "to thank or not to thank" rages in advice columns and blogs the world over.

Here is a simple solution: When in doubt, send a thank-you note.

If you have to ask, that means you should probably sit down and do it. Even if it's deemed unnecessary or superfluous by the recipient  after the fact, the act of writing a note on a piece of paper and sending it through the mail to another person is a meaningful gesture, and it is sure to win you a certain amount of acclaim.

Don't dither; send the note. You are sure to receive a call after the fact telling you how much it meant to the recipient.

How long do you wait?

Everyone seems to have a different opinion about what circumstances demand a thank-you note. Experts agree  about when thank-you notes should be sent: as soon as humanly possible.

That is all very well and good, but life is busy and chaotic. Consider weddings; many new couples sit down to start their thank-you notes, then the smoke detector goes off and the dog starts barking, and so they put them aside to finish later that day.

Six months later, they find the unfinished notes when they're looking for a place to store their Christmas cards, then guiltily declare it a wash and spend the next few years apologizing for never sending notes to their guests.

That is one possibility, another is sending the cards anyway, even when it seems like too much time has passed.

Ignore etiquette for a moment and think about the last event you attended or gift that you sent: If you received a note, did it matter that it was six months late? Probably not. It is never too late to thank someone with a card, so just go for it.

Keep it simple
If sending notes to a mountain of party guests seems like a huge hassle, then simplify it by sending every recipient a version of the same thing:

Dear (name goes here)
Thank you for (coming to the event/giving me the gift I really wanted/sending a note when my grandmother died), I appreciate it. Every time I use this (insert gift person gave you here) I think of you. Thank you again.
Sincerely,
(Your name)

Yes, it's generic, but it's the thought that counts.

The gesture of sending a note is far more important than what the note actually says. Besides, it's not as if everyone you send notes to is going to meet up behind your back, then compare the messages you wrote in the thank you cards.  They will probably think to themselves, "Isn't that nice," and then, if they really like you, stick the note on the fridge.

Gratitude is never wasted, so get out there and show people that you are grateful. They will find a way to show you the same thing.

The 7 Essential Tips for How to Work from Home Effectively