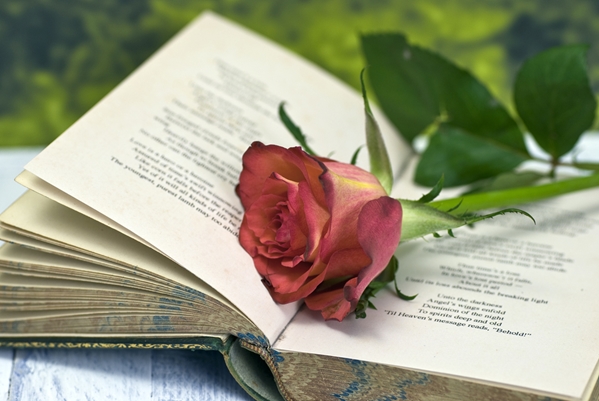 On Valentine's Day, people exchange flowers, chocolates and words of love. Few people, however, actually know the origins of this affectionate holiday. If you've ever been curious about where this day of love came from, here is a little history behind February 14:

The origin of Valentine's Day
The month of February was initially dedicated to a Roman festival called Lupercalia. This event was a pagan fertility celebration. Some believe that the Catholic church deemed February 14 as St. Valentine's Day in an effort to Christianize the pagan festival. However, others believe this day was chosen to honor the death of St. Valentine, a martyr of the Catholic church, who was supposedly executed on February 14. Legend has it that St. Valentine lived during the reign of Emperor Claudius II.

At this time, Claudius was trying to build up his army, but the men he recruited were often homesick and wished to return to their wives. In an effort to make his soldiers stronger and less distracted, Claudius banned marriage. St. Valentine did not agree with this edict, so he began marrying young couples in secret. Eventually, the Emperor found out about these clandestine marriages and had St. Valentine executed.

Before his death, however, it is said that young couples would visit Valentine's prison and leave him flowers and other tokens of affection. During this waiting period, Valentine also fell in love with the jailer's daughter. The day of his death (February 14), Valentine wrote the young woman a letter and signed it "From your Valentine," which is where the popular "Be my Valentine" originates.

The development of valentines
People in the U.S. began exchanging handmade Valentine's Day cards in the early 1700s. By the 1800s, these cards were being mass produced and sold all over the U.S. The stationery was often decorated with lace and ribbon, as well as depictions of popular figures of love – these included cherubs, cupid and hearts. Gifts also started becoming a tradition during this holiday. Popular items that people exchange include red roses, chocolates, flowers and love letters.

Today's 'day of love'
You probably remember making a little valentines box in grade school and bringing cards full of candy for your classmates. Well, even though you've grown up, exchanging cards is still a popular tradition among adults. According to the American Greeting Card Association, 145 million units of Valentine's Day cards are purchased (not including classroom cards) – this is the second most popular holiday for card sales.

With the holiday quickly approaching, make sure you have all of your Valentine's Day plans in order – this might include a romantic dinner or a quiet night in. Whatever the case, make sure your significant other knows your feelings with the help of a card. You can go with a traditional message of affection or try something a little unconventional like a scavenger hunt that ends with a romantic event. Both options are sweet and are sure to be appreciated by your special someone.

Top 40 Holiday Songs to Close Out This Crazy Year!