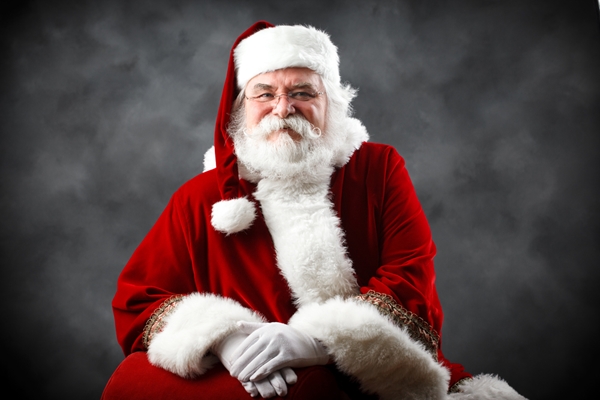 It's that magical time of year when children start to reach for pen and paper so they can write a letter to Santa Claus. You probably remember taking part in this holiday tradition, but do you know how it originated? The history of dear Old St. Nick is quite interesting and may inspire you to try something new this year.

Origins of Santa Claus
While Santa Claus has become a Christmas legend, he is based on an actual historic figure who was alive in the third century. His real name was Nicholas of Myra, and he was known for serving the poor around his hometown. A devout Christian, Nicholas became a bishop and news of his generosity spread. After his death, the stories about his good deeds continued to circulate.

The image and name of St. Nicholas slowly transformed over the years. The Dutch gave him the nickname Sinter Klass which eventually became Santa Claus. Depictions of him dressed as a bishop in a robe eventually evolved into the jolly man in a red suit thanks to a few popular publications. The first was the poem "A Visit From St. Nicholas," better known as "The Night Before Christmas." This story depicts St. Nick as a jolly elf figure who has magical powers that allow him to deliver toys to children who behave well.

This image of Santa Claus was made even more popular by the illustrations by a man named Thomas Nast. He drew pictures of the modern-day St. Nick for the publication "Harper's Weekly." His images depicted a large, smiling man in a red suit who would read over a naughty and nice list as well as carry a large sack full of toys for children.

Letters to Santa
Now you know where Santa came from, but what about the letters? According to Smithsonian Magazine, it was originally St. Nick who would leave letters for children in their stockings. These were instructional notes telling the kids how they had misbehaved over the year and what they could do to improve. Parents used this as an opportunity to write messages to their kids, and they would often leave them on the fireplace mantel. Eventually, children started to respond to the letters and thus, writing to Santa during Christmastime became a tradition.

Most letters to Santa consist of a child's desire for a specific toy or item, but in some cases, letters to St. Nick are asking for actual needs. That's why the U.S. Postal Service started the Letters to Santa Program. By participating, you can take a letter written to Santa and fulfill that child's wish. The post office will then send your gift to the lucky girl or boy and make his or her holiday all the more special.

Help your child write a letter
Encouraging your children to write letters to Santa is not only a wonderful way to keep that sense of magic alive in their lives, but it also gives you the perfect Christmas list. If your kids are willing to relinquish the letter into your care, then simply respond to the message yourself. You could even take a page from the letter-writing history and drop a few hints about improving behavior for next year.

However, if your children demand to put the letter in the post box themselves, have them address it to: Santa Claus, North Pole. The notes will then be responded to by postal volunteers.

Another benefit of this message writing is that it gives your kids a chance to practice their handwriting. You can explain that legibility is important so Santa knows what they want and work with them to spell everything correctly. You can even turn this into a family event by working on writing your own holiday cards as they draft up their letters.

Top 40 Holiday Songs to Close Out This Crazy Year!