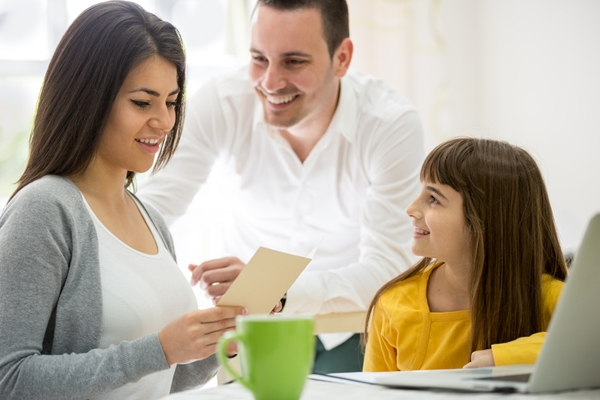 When people say holiday cards, they're often referring to the winter holidays, like Christmas, Hanukkah, New Years and more. However, the greeting card industry knows that, other than Christmas, most of the biggest card-sending holidays of the year don't actually fall in December. In fact, spring holidays account for the third, fourth and fifth spots on the list of most popular holidays to send cards, while Hanukkah and New Years don't even make the cut at all. Here's how all of your favorite holidays stack up when it comes to sending greeting cards, according to the Greeting Card Association:

1. Christmas
Christmas may be the only major December holiday to make the list, but it takes the top spot in a huge way. In fact, with around 1.5 billion cards purchased each year, more Christmas cards are sent each year than every other holiday on the list combined – a lot more. Christmas cards account for around 60 percent of all holiday card sales each year. It's no surprise considering, along with individuals and families, many businesses take part as well – business Christmas cards are a very popular way for companies to send annual thank yous to clients, customers and employees.

3. Mother's Day
The first spring holiday to make the list is Mother's Day at 139 million holiday cards sold. Mother's Day is also a big holiday for the flower industry. In fact, so many people buy flowers for their mothers, grandmothers or wives on the holiday that those purchases account for almost a quarter of the total annual flower sales in the U.S.

4. Father's Day
Coming in behind Mother's Day is Father's Day one month later. For some reason, fathers don't see quite as many cards on their big day, with about 94 million greeting cards purchased each year for dads and granddads.

5. Easter
Rounding out the top five is Easter, which sees around 57 million greeting cards purchased each year. Together, Mother's Day, Father's Day and Easter make spring the second-biggest season of the year for sending holiday cards. But that isn't the only fun fact about this spring holiday: A 2014 survey from the National Confectioners Association revealed not only that chocolate bunnies were a popular addition to Easter baskets, but also that nearly 9 in 10 Americans believe eating the ears first is the way to go.

Halloween cards and Thanksgiving cards are the next most popular each year, followed by St. Patrick's Day.