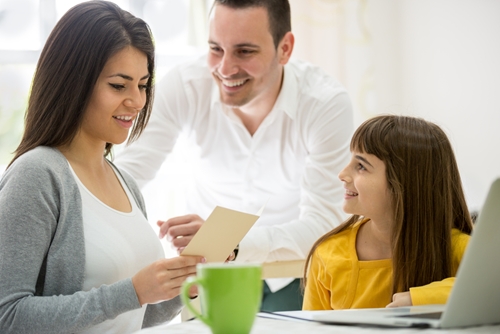 Greeting cards are such an ingrained part of society that sending out birthday and holiday cards to friends and family members is as natural as breathing for some people – myself included. But these ubiquitous pieces of stationery are a little more than just a method of sending love and greetings. The greeting card industry is huge, diverse and very interesting in several ways. Here are some fun facts about greeting cards that a lot of people don’t know:

The first greeting cards
Humans have been sending greetings to each other for centuries, with the ancient Chinese and Egyptians sending messages to each other thousands of years ago. By the 13th century, Europeans began sending greetings for New Year’s and Valentine’s on woodcuts and paper. The tradition continued for hundreds of years, and took off in the 1800s with the invention of the printing press and the postage stamp. A German lithographer named Louis Prang is said to have brought the tradition to the United States after opening a shop in Boston in 1856.

The popularity of birthday cards
Greeting cards can be divided into two categories: everyday and seasonal. The most popular everyday cards by far are birthday cards, which account for more than half of the sales in that category. The average American receives at least one birthday card a year.

The price of cards
Greeting cards from local drugstores or grocery stores are typically priced below $5. Some of the most expensive greeting cards of all time come from a company called Gilded Age Greetings, whose prices for their handmade cards begin at around $395. Gilded Age Greetings’ most expensive cards are made from silk and embroidered with real gold. The most costly is priced at $4,995.

The business of greeting cards
Greeting cards sales are in the billions in the U.S., and the Greeting Card Association estimates that Americans spend around $8 billion on more than 6 million cards each year. According to the association, the majority of Americans – 70 percent – say greeting cards are an essential or almost essential part of their life.