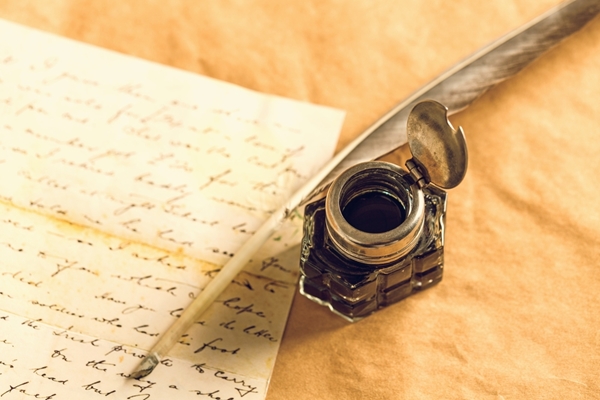 When you send a letter through the post today, you probably fold your letter a time or two until it'll fit in an envelope. After that, you simply seal it and add postage to the front of the card. Sending a message hasn't always been this simple though. In the past, people would practice the art of letterlocking their mail.

Letterlocking is when the writer of a letter intricately folds and seals the message to prevent anyone from secretly tampering with it. If a person tries to read the message before it gets to the final recipient, the folding will be ruined, as will the seal and other anti-tampering mechanisms placed on the message.

A brief history of letter sending
In the past, people would use different techniques to "lock" their correspondences. Since the post was a primary means of communicating with others, people wanted to ensure privacy. People would carefully fold the message, then add slits and seals that could not be fixed once opened. Love letters in particular were known for their elaborate diamond-shaped folds.

Unfortunately, these messages didn't always reach their intended recipients. Nowadays, you put stamps on your envelopes so they'll be delivered to friends. In the past, however, people actually had to pay when they received letters. People wouldn't collect their messages then for a number of reasons. For example, someone might not have been interested in reading what the sender had to say, and therefore wouldn't pay the fee to collect the letter. In addition, there were a number of other circumstances that often prevented messages from being delivered.

Surprisingly, many of these undelivered messages have actually survived to today. A group of letters known as the Brienne Collection, located in the Netherlands, consists of over 2,000 undelivered messages, 600 of which have never been opened. The letters date between the years of 1676 and 1707 and now serve as a glimpse into what life was like during that time in history.

Practice letterlocking
Although people don't really use the letterlocking technique anymore, it can still be a fun way to embellish your messages to loved ones. Try looking up the various methods and using one the next time you write a letter. If you want to get really fancy, you can even use wax and a sealer to secure your message like they did in the past.

Here are a few types of letterlocking techniques you can try:

Mechanical lock
The mechanical lock is a simple way to enclose your letter. Essentially, you'll fold the message and then tie a piece of twine around it with a knot to secure it in place. Almost like you're tying ribbon around a package.

Fold and tuck
The fold and tuck technique is a bit like origami. You don't use any extra materials to hold the message in place, you simply fold the material to create a pocket and then tuck the remaining end into the space to create a triangle.

There are more complicated types of letterlocking that involve actually cutting slits into the message, but the two above are a good place to begin.

5 nice things to do with old greeting cards